In the not-too-distant past, a place with legendary wildlife status existed in the central plateau of Southern Africa. Mega herds of springbok, eland, red hartebeest, quagga, bluebuck and black wildebeest roamed in herds so large that it took days to pass a single point. This place was the Great karoo! Unfortunately, this place was also to witness the greatest slaughter of African game, ever to be seen. So famous were the herds, that European royalty came all the way to hunt them, and slowly these mega herds diminished, and 2 species of the mega herd were extinct by the late 1800’s. The last time these massive migrations were seen was in 1896. 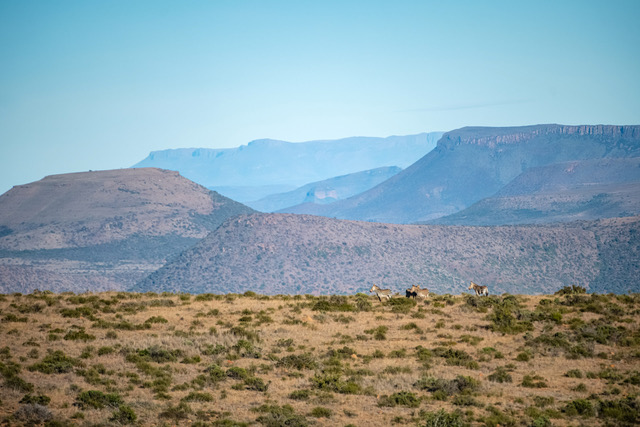 In the early 2000’s an initiative was started mostly by private landowners to the south of Graaf-Reinet, to re-wild the Karoo. This is possibly the most important conservation programme in South Africa at the moment. Not only does the Karoo have the wonderful stories of all of those millions of animals, but it is also the basket of the majority of South Africa’s endemic bird and reptile species. 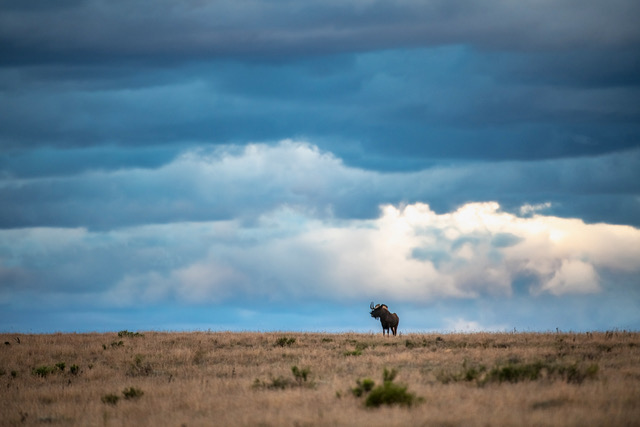 I had the pleasure of taking a guest on a photographic safari to one of these reserves, Mount Camdeboo Private Game Reserve. On the plane ride from Johannesburg to Port Elizabeth, we chatted and discussed what we wanted to photograph. Our idea was to get the lion and cheetah on the reserve, and then the focus would be on the plains game in the magnificent setting of the Sneeuberge (Snow mountains). There were also a number of birds we were hoping to get some decent shots of verreaux’s eagle, ground woodpecker, rufous-eared warbler, grey-winged francolin and blue crane were on the list. With this in mind we hit the ground running when we arrived. 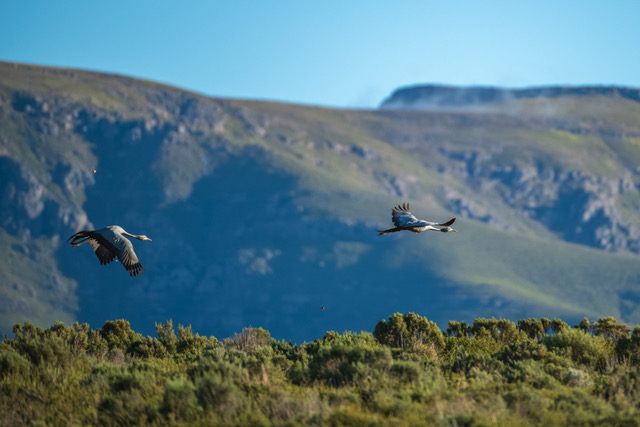 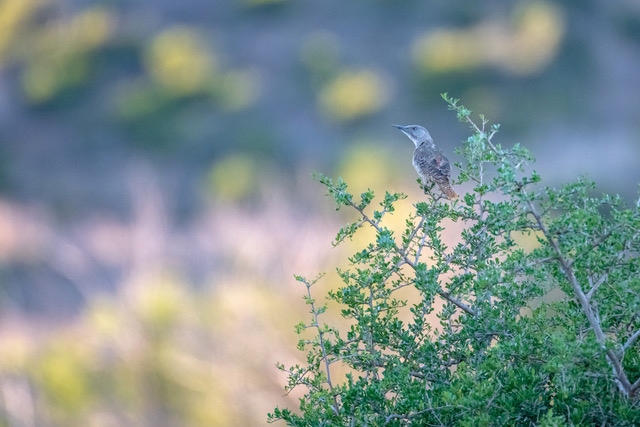 Our first couple of drives were spent exploring the valley of the Melk river, and moving up to the plateau on the western edge of the Sneeuberge, onto Camdeboo plains. We were rewarded with a plethora of plains game and incredible landscapes, as well as the lion pride on the plains, on the edge of the valley. The game viewing was so good, and the landscapes so intoxicating that we almost forgot about some of the special birds we were also looking for. We got the elephant herd in the valley as we left the lodge on the second afternoon drive and decided to head up to where the lions were. The rest of the afternoon was spent enjoying the general game and landscapes. 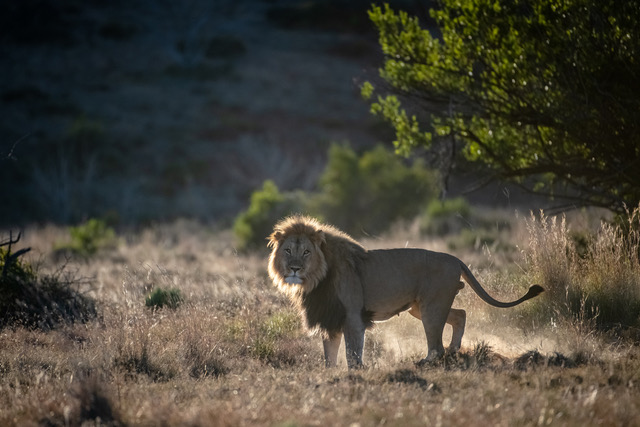 On the second morning, we made our way east into the Sneeuberge, particularly looking for cheetah. And did we find cheetah! Our first cheetah sighting was of 3 males, a coalition of 2 males had cornered a single male. We spent close to an hour and a half with these cats, and witnessed 3 fairly severe fights, as the 2 young boys tried to assert their dominance. After short breaks, they would just go at it again and again. Later in the morning, we found a female cheetah with 2 cubs. They were feeding on a freshly killed kudu calf. On our way back to the lodge, we stopped for a bush breakfast, close to where the 3 males were having words earlier. While having breakfast, we saw the 2 younger males on the plains. On the descent to the lodge, we kept our eyes open for the ground woodpecker, but no luck yet. 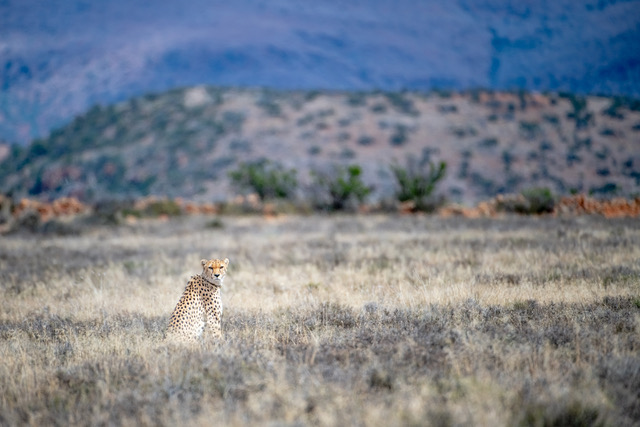 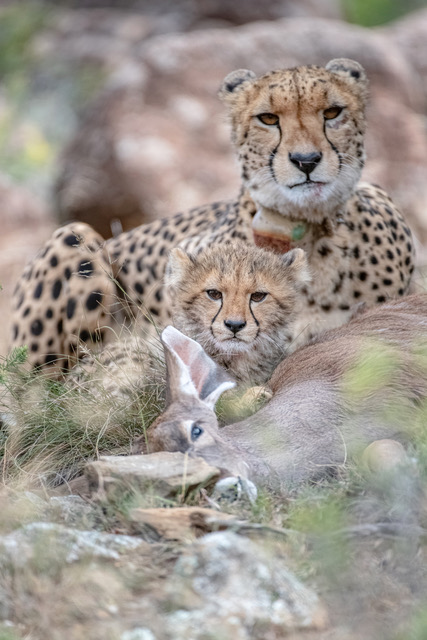 The last 2 drives, we spent looking for birds, and taking whatever photographic opportunities presented themselves. We got some nice cape mountain zebra, and then in a tree and not on a rock like I would have imagined, we saw a pair of ground woodpeckers! This was followed up with blue crane and grey winged francolin, as well as rufous-eared warbler just before finishing up at the lodge. I can’t wait to return to this reserve in July, when we are doing another photographic workshop. This is the snow season for this area, and we’re hoping to get snow and a different experience from this incredible landscape. 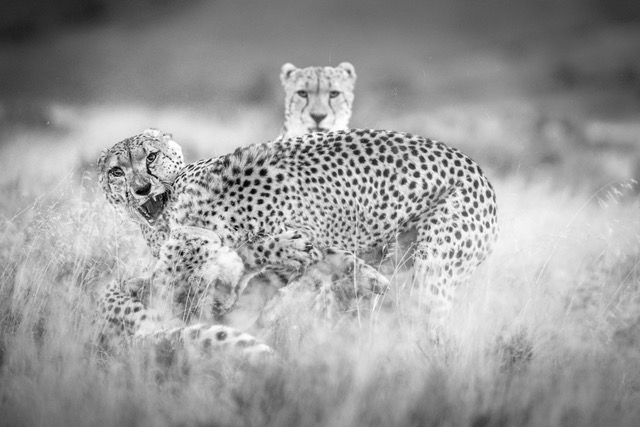 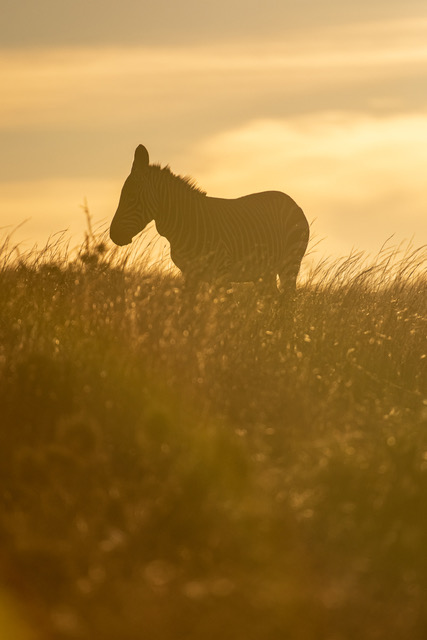