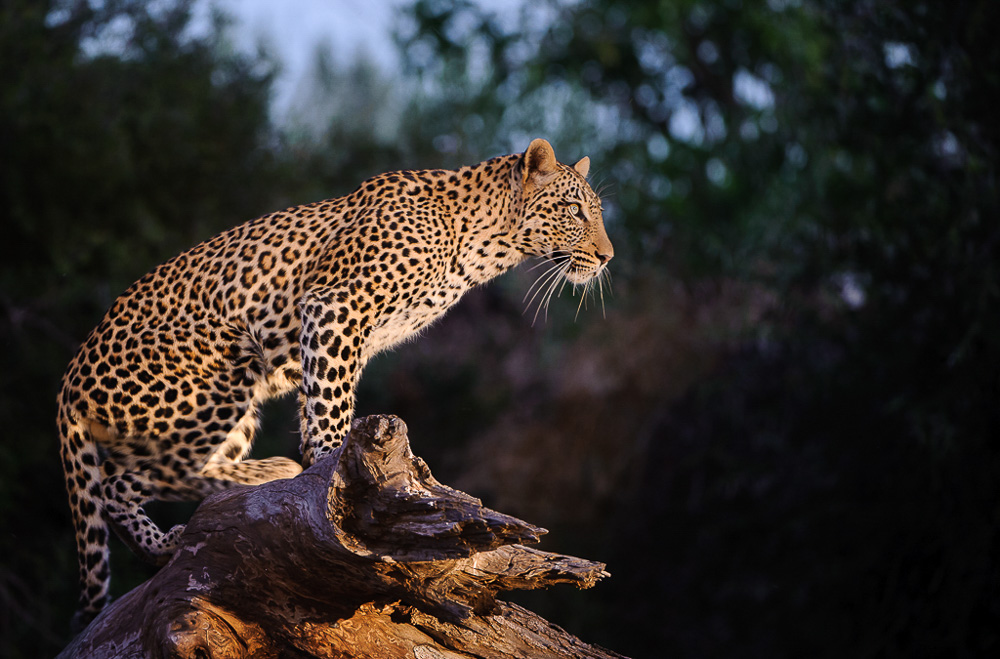 Botswana is one of the flattest countries on record. That though, is where the monotony ends, for its wildlife diversity is figuratively, quite mountainous. Spend time in any one of its reserves or wildlife areas and you will quickly realise that this is a country with some of the best wildlife photography to offer in Africa.

Much of Botswana’ northern geography is sculpted by the Okavango River flowing in from the northwest of the country. The most famous of these is the Okavango Delta, which is the flagship conservation area of the country. Not that the other reserves deserve less attention- both the Chobe and Central Kalahari Game Reserves are almost equally well known around the world as fantastic conservation areas.

Lodging in Botswana is excellent. An array of lodge offerings means you can stay in comfortable accommodation, or the highest end safari lodge on the continent- depending on your budget. Supported by an excellent logistics infrastructure, the safari industry in Botswana is very strong and can cater to any budget and luxury. A few factors have made Botswana’s reserves what they are today and based on sound conservation policies set up by the government, Botswana’s wildlife areas have flourished. The low population of 1.8 million people places little pressure on land resources, especially as the countries’ size is so large- almost the size of France. A total of 39% of the countries land is under some form of environmental protection and along with sound conservation policies and the abovementioned minimal population pressure, it has led to Botswana being an example of conservation success in Africa. When eco-tourism was founded in the country, the government opted for a low impact – high revenue tourism model. This effectively avoided the mass-market tourism and has helped preserve some of its most pristine areas as well as make them financially viable.

The first place any visitor to Botswana utters is “Okavango Delta”, famed for its wilderness, its waterways and of course the fabled wildlife viewing. The “Delta” offers that and more- hence its immense popularity over time. Bird photography in the Panhandle is world class; with a myriad of colourful species easily photographed all in a morning’s cruise. The Delta itself hosts so many twists and tales of spectacular wildlife viewing, that whole books have been written about it. Places such as Chitabe, Chiefs Island, Godikwe, Sandibe and Xakanaka are all legendary in their own right. Just further north lies the Linyanti swamps, which, just like the Delta, offer even more excellent wildlife viewing.

Northeast, some 90km from the Savuti, is the Chobe River. Here you will find elephants and buffalo in their hundreds, with waterbirds flitting in between them on the islands in the river. Cruise amongst them on a boat and you feel as if you are in another world- the sheer sensation of animals and birds all around you whilst on the water is quite amazing.

You may be forgiven for thinking that Botswana is all about the Okavango Delta and the Chobe. Tucked away into the most eastern corner of Botswana lies one of its best-kept wildlife secrets- Mashatu Game Reserve. This is a land unlike anything else in Botswana.

Elephants are one of the areas main attractions with the population sitting at around 1200 in number. You can expect to see them at any time of year. Elephant viewing here can only be described as overpoweringly intimate. The herds tend to ignore the vehicles completely, sometimes calmly walking within two meters of you. The number of elephant makes seeing them quite easy and you can expect to see a good few herds in a morning and all of them very closely. All the predators are well represented in NTGR. There are a few prides of lions in the reserve and cheetah are found mostly in the higher lying areas of the reserve, most likely to avoid the lions that stay near the low-lying river areas. These cats are found relatively often and are very relaxed around vehicles, so photographing them is easy and very productive.

One of the highlights of Mashatu is the leopard viewing. The riverine bush along the dry riverbeds along with the rocky cliffs make this prime leopard habitat. Research has shown that there are approximately 54 adult leopards with a total of 76 leopards in the whole NTGR. The density is approximately 7.6 adults per 100km2 and thus relatively high in terms of overall African leopard density.

What sets the viewing apart though, is the leopards behaviour. The cats use the dry riverbeds to walk along and thus makes viewing of them an easier task. Thus the frequency of sightings here is very good and coupled with the guides’ excellent knowledge of their behaviour, individual cats and the terrain, your chance of seeing and photographing one is very high. The open riverbeds do also make for clear viewing, especially if the leopard grooms itself on the sand or drinks from one of the pools, which they are inclined to do. You can expect some extremely intimate leopard viewing and photography here and the fact that you can drive after dark, when they are more active also helps your sightings.

Lastly, one of the main attractions of Mashatu is its underground hide situated at a waterhole. Built for photographers, it is also a very worthwhile experience for the standard tourist. The amount of wildlife coming to visit the hide is staggering- all at eye level to you. When the elephants arrive and take over the whole waterhole, it is an incredible experience, often wetting guests in the process! Make sure this is part of your safari itinerary if you are travelling in Botswana or South Africa.

C4 Photo Safaris plans numerous scheduled safaris into Botswana each year. This country is also a perfect destination for a private safari. The safari industry and logistics infrastructure are excellent and cater for the highest end safaris possible.

Some of the best wildlife photography in Africa